A small disused parish church situated not far from the northern coast of Anglesey with a continuous chancel and nave. and described as ‘one of the humblest ecclesiastical buildings in Anglesey.’ It is a Grade II listed building retaining no early details but the walls, though re-built in parts, are mainly medieval. It ceased being used for services some years ago and has been boarded up. Some restoration took place in 1812 and again restored, and a new roof added in the late 19th century. The work was funded by Lord Stanley of Alderley, a convert to Islam and patron of the church, whose donations to rural churches carried the requirement that Islamic details be included in any restoration. As a result at St Peirio’s the windows have geometric patterns of small panes of coloured glass. The south porch is a modern addition. Inside there is a brass plaque to Ann (Vaughan) wife of Richard Lloyd 1734/5. The font is a plain circular bowl spreading at the base and probably 12th century.

The churchyard has been transcribed (M027) and the publication is available for purchase in our online shop. 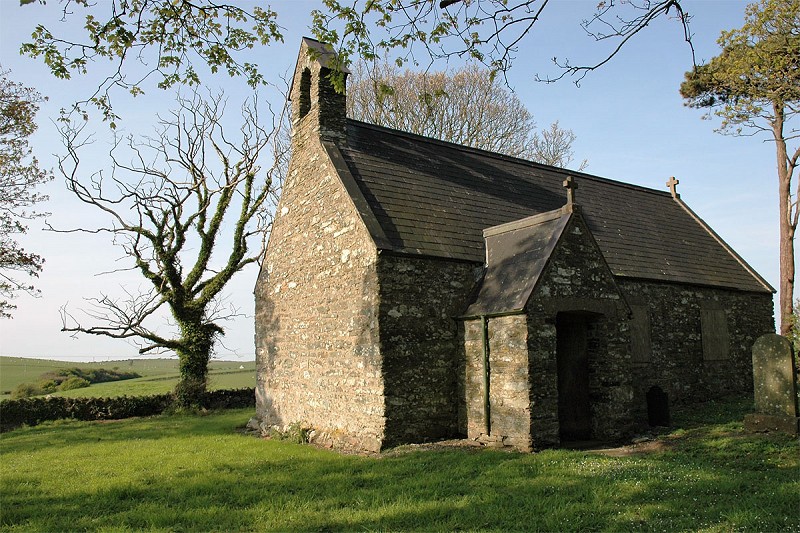