St Catherine's Church has origins dating from the medieval era, however the oldest part of the current structure is the west tower, which was built in 1811 by Lord Bulkeley and the nave, chancel and spire followed in 1845. This was later followed by work on the north chapel and south aisle. Set in the east gable is a medieval stone Latin cross within a circle In a block of red sandstone, built into the south aisle is a crudely carved human face.. The organ chamber was added in 1890 by Henry Kennedy,, It was designated a Grade II-listed building in 1978.

The churchyard has been transcribed (M170) and the publication is available for purchase in our online shop.

Coflein - Royal Commission on the Ancient and Historical Monuments of Wales 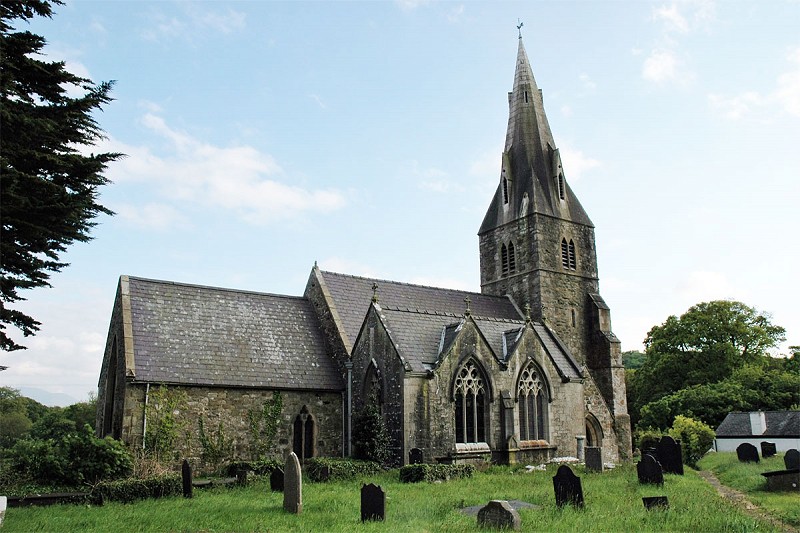